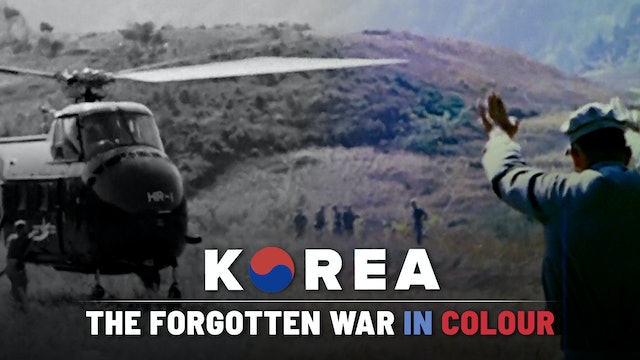 Korea: The Forgotten War in Colour

The story of the Korean War is told through powerful color imagery, dramatic musical score and sound-scape. In the first episode, the summer of 1950 sees the people of Korea trapped in the vice-like grip of the beginnings of the Cold War, as the two new superpowers of the postwar world flex their muscles--the United States and the Soviet Union. In part 2 while the diplomats wrangle and the negotiators argue, the fighting in the blighted Korean countryside continues. Towns and villages lay in ruins, the hillsides and valleys are scarred by bomb craters, as negotiators attempt to handle the sensitive issue of the repatriation of prisoners of war.